Do You Need A License To Ride An Electric Bike? Find Out Here! 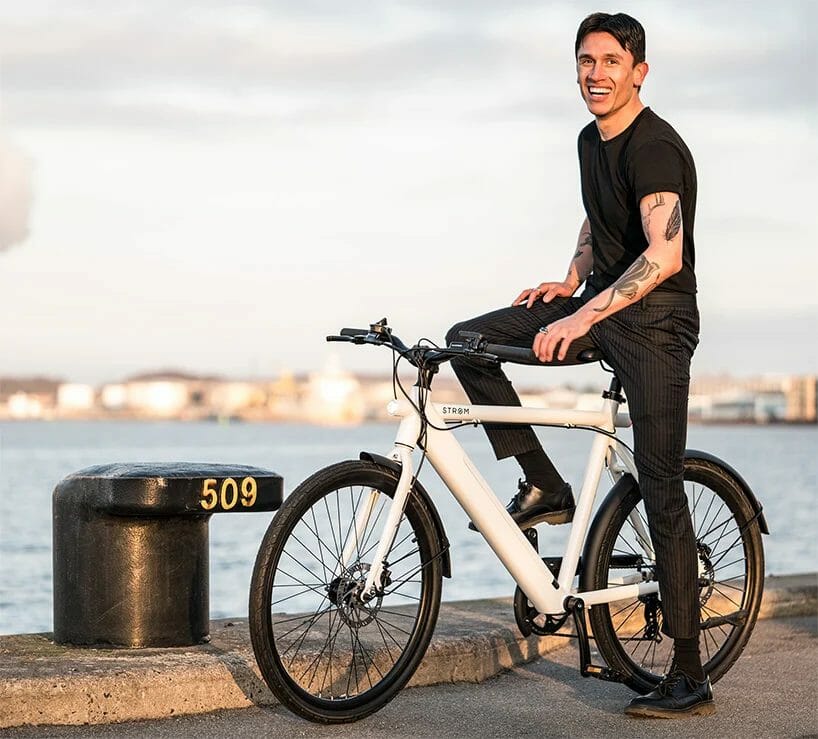 Do You Need A License To Ride An Electric Bike?

Whether an electric bike requires a license varies depending on where you live. Some states classify them as mopeds or motorized scooters, whereas others treat them as motorcycles.

In the United Kingdom

You must be 14 years old to drive an electric bike in the UK. The vast majority of electric bikes do not require any license to operate. You must have a license if the bicycle has a motor rating of more than 250 watts or an assisted speed of more than 15.5 miles per hour.

To our relief, the legislation has become somewhat more transparent regarding electric bicycles equipped with electric motors. Electrically Assisted Pedal Cycles is the term that is most generally used to refer to these kinds of bicycles.

The following are the primary constraints placed on what may be considered an e-bike or an EAPC:

Because of this, the motor will only assist you up to 15.5 mph; after that, it will turn off, and you will need to continue pedalling to achieve higher speeds. This is the reality of the situation. This is wonderful for urban commuting because it makes it much easier to accelerate away from lights more quickly and instils more confidence in normally cautious riders.

For the electric bikes that exceed these limitations:

A speed pedelec, also known as an s-pedelec, is a pedal-assist electric bicycle that can go at speeds greater than 15.5 miles per hour and has a motor rating of more than 250 watts. If you want to ride one of these bikes on a public road in the United Kingdom, you must register it with the DVLA since it falls under the L1e category of road vehicles.

This indicates that the motorcycle must obtain a European certification of conformity and be type certified as an L1e road vehicle to be legally driven on the road.

These electric bikes require registration with the DVLA; they need to carry at least third-party insurance, and riders must wear helmets and a valid drivers motorcycle licence.

There are certain pedal cycles, sometimes known as EAPCs, that are capable of reaching far greater speed capacity. Notably, some of our QWIC Performance Speed bikes and our Stromer bikes can assist up to 28 miles per hour and feature motors that are stronger than 250 watts.

However, a DVLA registration and license plates will be required for them. To recognize the enhanced status of some models, they will include mirrors, horns, and plate lighting as standard features.

Because these bicycles are considered road vehicles, they are prohibited from using on cycle paths, cycle lanes, and other similar areas. They are held accountable to every legislation in the same manner as a motorbike or moped would be.

In the United States of America

According to the law passed by Congress, you do not need a license to operate any of the three classes of electric bikes (class 3 e-bikes have a maximum speed restriction of 28 miles per hour), and this is true in the vast majority of nations as well as states within the United States (HR 727). However, a driving licence is necessary to ride an electric bicycle with a top speed of more than 28 miles per hour.

You should also read our previous article, where we thoroughly explained the laws made for electric bikes.

How does the legislation surrounding electric bikes vary from country to country/state to state?

The proliferation of electric bikes has been accompanied by a complex web of legislation designed to regulate their use. In some countries, such as the Netherlands, electric bikes are treated largely like standard bicycles. Riders can use bike lanes and trails and are not required to register their bikes or pay road taxes. However, electric bikes are subject to much more stringent regulations in other countries, such as China and the United States. In China, riders must obtain a driver licence, register their bike, and are banned from using normal bike lanes. In the United States, electric bike laws vary from state to state, but riders are typically required to follow the same rules as traditional cyclists. In general, however, electric bikes are still considered relatively new technology, and lawmakers are still working to establish clear regulations surrounding their use.

Are there any restrictions on who can ride an electric bike and where they can ride it?

Electric bikes (also known as e-bikes) are becoming increasingly popular, as they offer a convenient way to get around without all the effort of traditional pedal bikes. But before you run out and buy one, there are a few things you should know about electric bike laws. First of all, electric bikes are typically classified as either "throttle-on-demand" or "pedelec." Throttle-on-demand e-bikes can be ridden without pedalling, while pedelec e-bikes require the rider to pedal to engage the motor. In most states, Thumb throttle function e-bikes are legal for anyone over 16 to ride, while pedelec e-bikes may have additional restrictions.

Electric bikes are typically prohibited from being ridden on sidewalks and bike lanes. And while there is no federal law prohibiting the use of electric bikes on trails, some states and municipalities have their own rules, so it's always best to double check before you ride. Finally, remember that electric bikes are subject to the same road rules as traditional bicycles, so be sure to ride safely and always yield to pedestrians.

What are the common legal offence people commit while riding an electric bike?

The first is riding underaged. In most states, you need to be of a specific age to operate an electric bike, and riding without one can result in a fine.

Finally, recklessly riding an electric bike can also lead to legal troubles. This might include riding under the influence of alcohol or drugs or riding in a way that endangers other people. You could face a fine or even a jail period of time if you ride your electric bike recklessly.

So, obey the law when riding your electric bike, and you'll avoid legal trouble.

Electric motor bikes are becoming increasingly popular, but there are a few things you should know about them before you buy them. In most states, you must be of a certain age to ride a standard bike. However, you don't have licence requirements to ride normal electric bikes, but they must be insured. Electric bikes are subject to the same road rules as traditional bicycles, so ride safely. Finally, remember that electric bikes are still considered relatively new technology, and lawmakers are still working to establish clear regulations surrounding their use.

Do you need to register your electric bike?

You do not need to get a licence plate or register your electric bike. However, the minimum age to use a Class 3 eBike is 14. Regarding traffic limitations, everything is determined by local legislation. Thus we strongly suggest that you verify with the local authorities.

Moreover, you should also read our article about how fast a 2000W e-bike can go.

Are electric bikes OK in the rain?

There is no reason why electric bikes can't get wet. Even while most electric bicycles have a water-resistant design, it is still a good idea to avoid riding or parking them in the rain.

Can I ride my electric bike on the sidewalk?

The local legislation determines this. Thus we strongly suggest that you verify with the local authorities. Generally speaking, riding your e eBBikeike on the road is advisable.

Moreover, it would help if you also read our article on whether you can ride an electric bike with a DUI.