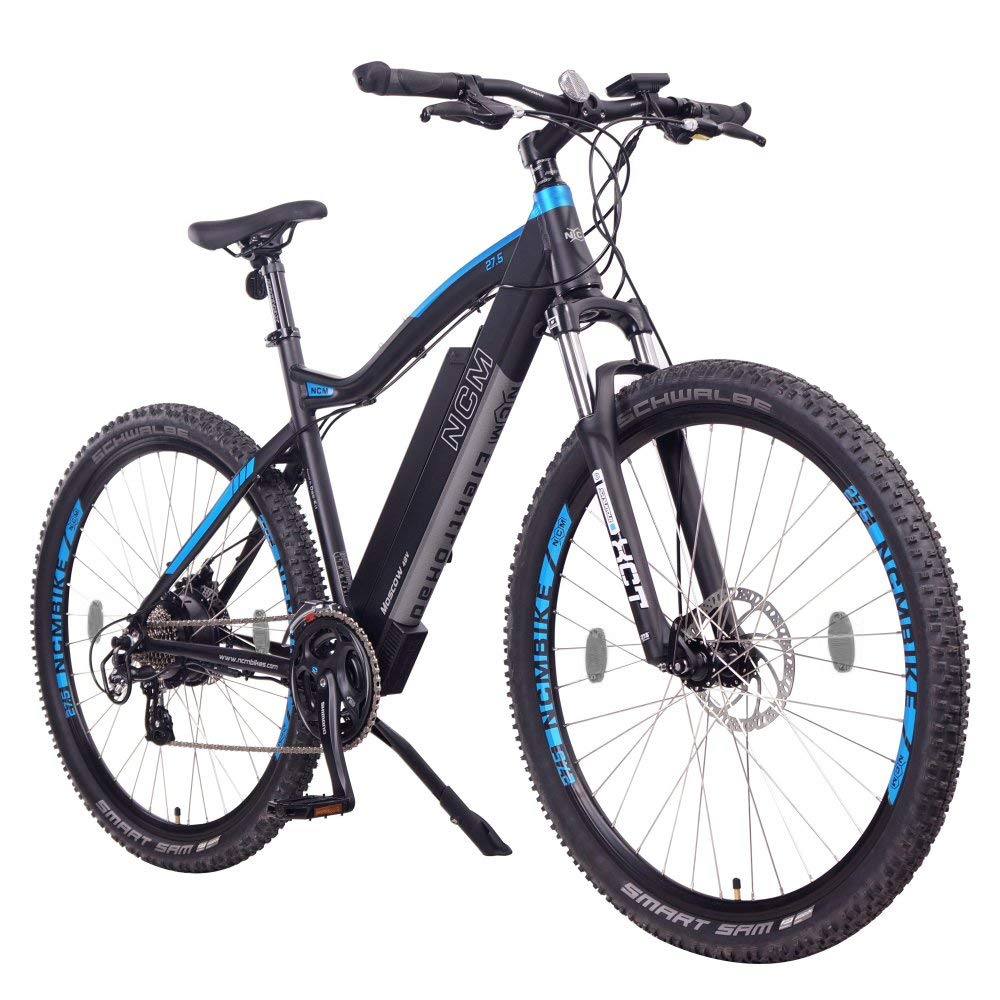 If you are looking for a new electric mountain bike, then you might find yourself a little overwhelmed by all of the choices that are available. There are so many different styles available now and choosing the right one is important, especially because it is not going to be a cheap purchase.

So that we can help you with your search, we have decided to try out and review some of the best electric mountain bikes on the market right now. We have tested as many as we can so that we can give you a clear idea of your options. Please read on below for our NCM Moscow Electric Mountain Bike Review.

To start off with, we’re going to take a quick look at the design of the NCM Moscow. Straight out of the box, before we even begun the assembly process, it was really clear to see that this is a bike that has been designed to be incredibly sturdy. The frame and all of the other components are absolutely solid which really shows that this is going to be a durable bike.

Now, onto the assembly process. Due to the sheer amount of components, we were a little worried that assembling this bike was going to be a difficult and lengthy process. Thankfully, we were very wrong. We actually had the bike totally assembled and ready to go within an hour and we only had to use basic tools to get it all ready.

Once we had assembled the bike, we were ready to test it out. We tried it on a number of inclines and different surfaces and we were really pleased to find out that the bike didn’t struggle at all with any of them. One thing that really surprised us was the sheer amount of power that comes when you accelerate.

We were also very pleasantly surprised by the amount of mileage that you get from one charge of the lithium ion battery. We were able to get roughly 75 miles per charge which is very impressive indeed. We found the bike to be very comfortable to ride, so it is perfect for longer rides.

Although there are a lot of positive aspects to keep in mind with this one, there are also some negative aspects that should be noted if you are considering buying the NCM Moscow Electric Bike. First of all, this is not a cheap bike. It is definitely at the higher end of the market.

As well as this, we found one issue that really lets the bike down and that is that there is no backlight on the LCD display. This isn’t a problem during the day, but for night time riding, we found it very difficult to see which made it a lot more difficult.

Although there are some negative aspects that are certainly worth keeping in mind, for the most part we have to say that we were really happy with this electric bike and would definitely recommend it.