How Does Regenerative Braking Work? Find Out Here!

With a traditional hydraulic braking system that wastes energy. This is because it turns the kinetic energy of movement (the force of gravity acting upon the car's mass) into heat rather than motion, requiring extra power to overcome the fluid's resistance.

Regenerative Braking: How Does It Work?

Regenerative braking uses the kinetic energy generated during deceleration to recharge the batteries. It does not affect the speed of the vehicle. Instead, it slows the car down without affecting its direction. Because it doesn't require additional fuel, it helps reduce emissions and save gas.

Drivers can activate it in a few different ways:

Some hybrid and electric cars have paddles by the steering wheel that activate the regenerative brakes. However, starting regenerative braking is seamless in most cars. Applying the regular pedal with your foot makes it regenerative, and friction brakes operate together to slow down the vehicle.

When the car is coasting, vehicles with an incredibly aggressive system use it. Sometimes called one-peddle driving, drivers may use it while in a specific drive mode that emphasizes efficiency on long trips.

For example, say you‘re driving a Nissan Leaf on e-Pedal mode and lifting your foot off the accelerator. As soon as you do, the regenerative brakes kick in automatically. At that moment, the brake lights on your car turn on like they usually would if you depress the brake pedal.

What Is The Function Of Regenerative Braking?

Regenerative braking is a technology that allows vehicles to convert kinetic energy into electricity. As the driver applies the brakes, the car slows down, and the engine turns into a generator. The generated electricity is stored in a high-voltage battery, which powers the vehicle once the driver releases the brakes.

This technology dramatically reduces fuel consumption and emissions since it uses less gas and produces fewer harmful pollutants. However, it does require a bit of maintenance, especially if you drive a lot. You'll need to check for any signs of wear and tear and change the oil regularly.

You may not realize it, but several regenerative braking systems are available today. Some cars come equipped with hydraulic brakes, which work well but are expensive and require regular maintenance. Other vehicles use magnetic brakes, which are cheaper, but they only work when the car is moving forward. Finally, there are hybrid models which combine the two technologies mentioned above. These are the most efficient but cost more to buy and maintain.

This works best at low speeds, so it's ideal for city driving. It doesn't work very well on highways, though, because the speed limit is usually higher. It's also not recommended for heavy trucks since they tend to travel faster than average.

How Effective Is Regenerative Braking?

Hybrids and electric vehicles are ideal candidates for that. Their battery packs store enough energy to power the car for hundreds of miles without using gasoline. As long as you keep the system engaged, you will only need to stop to charge the battery pack.

You may wonder whether regenerative braking is worth the trouble. After all, it takes longer to recharge the battery pack after stopping. But the benefits far outweigh the drawbacks: 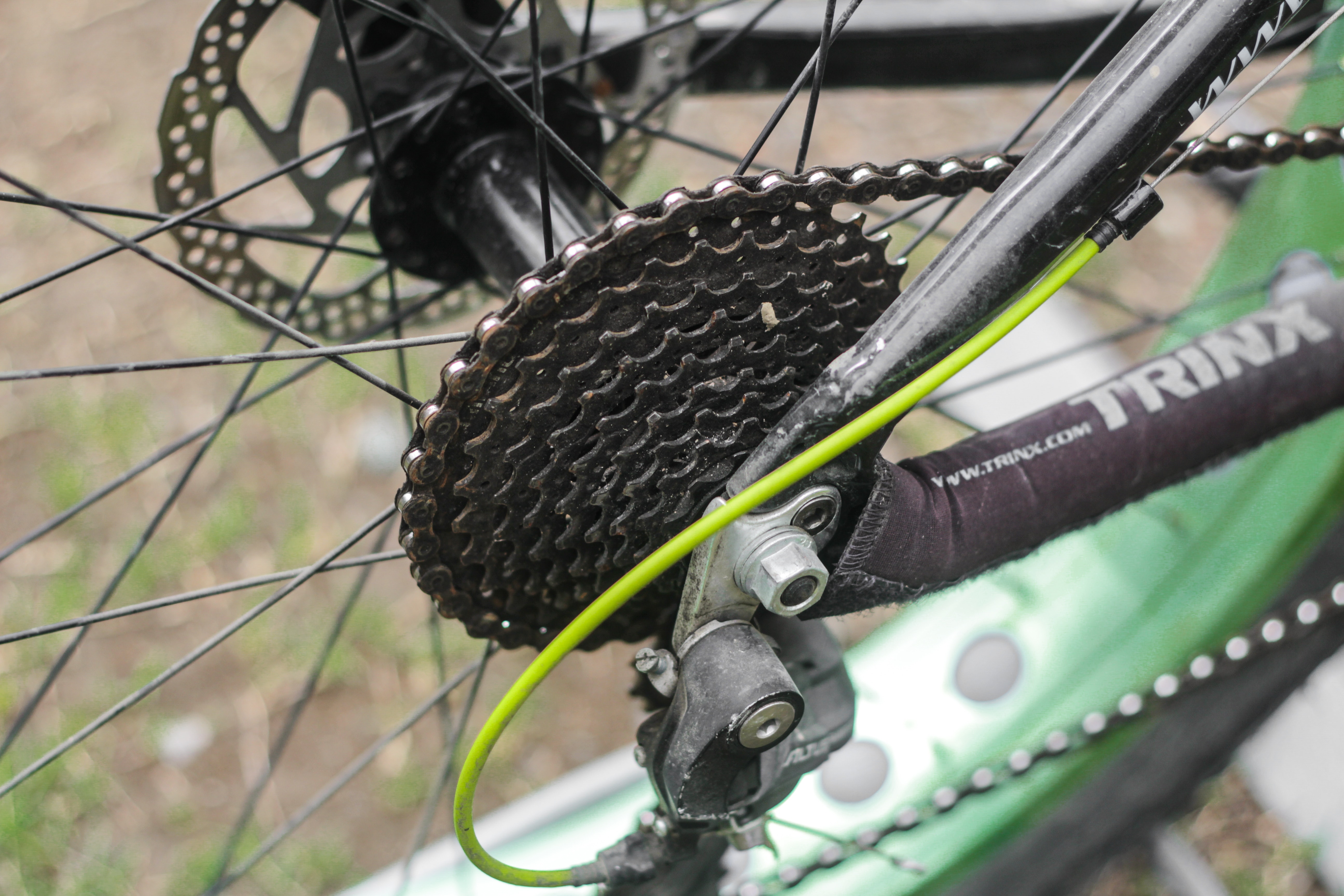 Does Cycling An Electric Bike Recharge It?

Electric bikes are becoming increasingly popular. Many people enjoy cycling and find that using an e-bike helps them stay fit and healthy. However, there still needs to be more clarity surrounding regenerative braking technology. Some people think that works by simply slowing down the bike and letting the bike's forward motion kinetic energy power the batteries. Others believe it actually recharges the batteries.

This article explains how regenerative braking works and whether it does work. You'll also find out if you should invest in the system for your electric bike.

How Can You Make The Most Of Regenerative Braking?

Regenerative braking captures kinetic energy during deceleration and stores it in batteries. The car will continue slowing down without additional input if there is enough battery capacity.

You can maximize its benefits of it by using it whenever possible. There are several techniques you can employ to boost mileage with this.

1. Go downhill. Try holding your foot off the gas pedal while driving downhill. This technique helps capture extra kinetic energy and store it in the batteries.

2. Coast. Let the brakes add as much energy to the system as possible by coasting instead of applying the brakes.

3. Avoid stomping brakes. Don't apply the brakes hard at every stop sign. Instead, let the brakes slow you down gradually until you reach a safe speed.

6. Turn off cruise control. Cruise control allows you to drive at a constant speed regardless of traffic conditions. By turning it off, you'll save money and reduce pollution.

9. Be aware of the weather. Rainy days are ideal for capturing extra kinetic energy through this.

10. Know your vehicle. Each manufacturer offers slightly different regenerative braking systems. Some cars don't even have this.

12. Understand the limitations of regenerative braking. Although it is a great way to conserve fuel, more is needed to completely eliminate the need for gasoline.

Regenerative Braking Is Performed By Which Motor?

3-phase motors are generally preferred for larger applications, such as regenerating energy from a hybrid vehicle. However, a 3-phase engine requires three coils, which makes it more complex to build and maintain than a single-phase motor.

However, if you use a 3-phase motor for it, you'll need to add a resistor in parallel with the field winding to prevent overheating. To prevent reverse polarity, you should also consider adding a diode across the armature windings.

How Does Electricity Get Produce By Regenerative Braking?

Electricity gets produced by regenerative braking through two methods:

Regenerative braking works by slowing down the vehicle and capturing its kinetic energy. As the car slows down, the kinetic energy is converted into electricity. This process helps reduce fuel consumption and emissions.

You'll find out how it works here. You'll also learn about the benefits of this and how it can help save gas and cut pollution.

There are several benefits to regenerative braking. One of the most obvious ones is that brake pads may last longer. Another advantage is that extended-range possibilities exist for electric vehicles. A third advantage is that hybrids may experience better fuel efficiency. Finally, regenerative braking may feel less powerful than conventional brakes.

However, there are disadvantages to regenerative braking:

How Are Regenerative Brakes Used In Various Types Of Vehicles?

There are two types of regenerative brake systems: 1) Electric Vehicle (EV) and 2) Hybrid Electric Vehicle (HEV). Both capture the kinetic energy from braking, convert it into electricity, and store it in batteries. However, there are differences between EV and HEV systems.

An EV regenerative braking system uses a combination of motors and batteries to slow down the vehicle. First, a motor spins at high speed during acceleration, capturing the kinetic energy from the wheels. Then, the motor reverses direction to turn another engine that generates electricity. The generated electricity powers the vehicle's battery, which stores the energy until needed.

An HEV regenerative braking system uses the same components as an EV, except that it doesn't include a motor/generator. Instead, it uses the engine to generate electricity instead of a separate motor. As a result, the HEV process is less efficient than the EV version.

Whether you drive an EV or HEV, it slows down the vehicle through friction. Because the brakes are connected to the front axle, the car's rear end slows down faster than the front end. This means the driver must apply the brakes harder to stop the vehicle.

Its systems work together with conventional brakes to avoid excessive force on the brakes. This system helps reduce the pressure on the brakes, allowing the driver to apply enough force to safely bring the vehicle to a halt.

Regenerative braking systems are becoming increasingly common because they save fuel, reduce emissions, and improve safety. There are many advantages to driving a hybrid or electric vehicle, including lower gas prices, fewer emissions, and better performance.

However, the technology was first used in trolley cars and has subsequently found its way into such unlikely places as electric bicycles and even Formula One race cars. ­In a tr­aditional system, brake pads produce friction with the brake rotors to slow or stop the vehicle.