Do Electric Bikes Work Without Pedalling? Find Out Here! 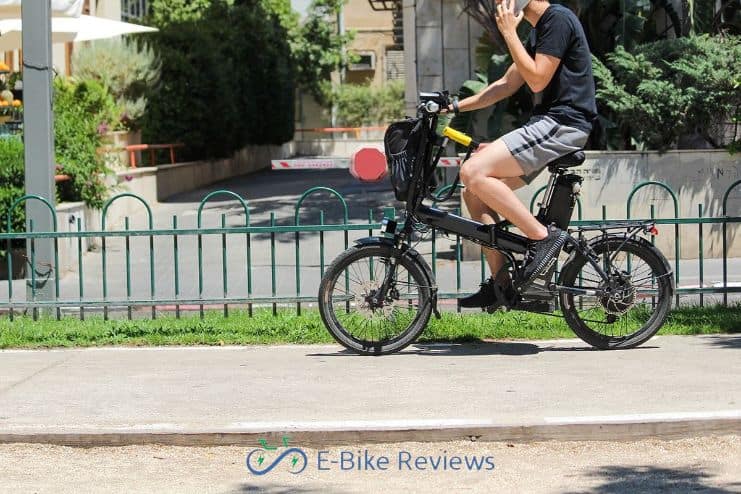 Do I Need To Pedal To Make My Electric bike Work?

Electric bike sales are soaring, in fact, sales increased 31% last year and this is only set to rise. So if you want to be able to keep up with your friends, you might want to start thinking about an e-bike!

Do electric bikes work without pedalling?

To be used legally in the UK, an e-bike must have a motor that assists you when you're pedalling. A motor can not be the bicycles only source of power...you must be a source too! With electric bicycles, there will be a torque sensor that monitors your power output and will match the electric motors.

The Basics Of An E-bike

Electric bikes do vary from county to country but in the UK, most of our models come with different levels of assistance.

You can usually control this using a button, often found on the top tube or sometimes on the handlebars. This allows you to change the amount of assistance the bicycle gives you.

Let's say you're about to hit some steep hills, you may want to increase the level of assistance you receive. Simply press the button and the motor assistance level will change.

Do keep in mind that the more assistance you require, the harder the motor is working and therefore, the range of the batteries is going to be less.

In other words...save the power boost for when you need it!

When Is A Bike Not An Electric Bicycle?

Alright, so for the avoidance of doubt, any bicycle without a motor is a simple bicycle - a normal bike if you will.

However, it gets more complicated when we talk about throttle bicycles - do they fit the criteria for bikes?

If you have to control the motor on the bicycle with a throttle or a twist grip then this wouldn't be considered an e-bike.

The power has to be regulated with the power output from your pedals (and you).

If not, then you're effectively riding a moped and in the eyes of the law, this type of bike is treated in the same way as a petrol-powered moped.

What does that mean for you?

For starters, you would need a licence, you would have to pay road tax and have insurance.

You will also legally have to wear a helmet at all times and you wouldn't be able to take a ride on a bike path. You would be required to ride alongside other road users and motor vehicles on public roads.

For those cyclists tempted to get the most powerful motor, you can afford...a word of warning!

E-bike riders who have power assistance greater than 250w will need to follow the same rules as those who ride moped too. This applies even if you still have to use some degree of pedal power.

If you're still wanting a throttle electric cycle then you might want to check out the best one's right here!

Can I ride an e-bike as a regular bike - without the electric power?

You bet you can!

Electric bikes are heavier than regular bikes so it can take a little more effort if you're going up a hefty hill but otherwise, you should find cycling straightforward, just like standard bikes.

As I've got more comfortable with electric bicycles over the years, I've tended to use the motor less frequently, saving it for the hills or the slog back home - that is a treat, let me tell you! Just as everybody else is wearing out, pop your assisted speed on and reap the benefits!

Can I Recharge The Battery On My Electric Bicycle When I'm Pedalling?

The very short answer is that you can!

Though it does depend on your motor and bike and there's a little bit more to it than that.

If I'm being totally honest, the e-bikes that are currently able to re-charge through pedalling aren't all that brilliant at it.

However, there is more than one option, pedal power isn't the only answer here! Some electric bike owners recharge their battery when the brake is applied.

On these electronic bikes, it's known as regenerative braking. This is actually worth having as it can increase your range by up to 15%!

If that's tempting you then I should probably add that a electrical bicycle with regenerative braking does come at a premium. The technology is still quite new and new things tend to be more expensive until the technology becomes more established.

So as things stand, it can be an expensive way to get more power out of your bike, although you will get yourself a very nice high-end bicycle!

For a more in-depth explanation, you can check out this post.

Do I Need Insurance To Ride An Electric Bike?﻿

In 2018 the European Commission introduced a rule that means if your electrical bicycle has a motor that is 250w or still receives assistance above 15.5mph then you will need third-party liability insurance.

That's not to say you shouldn't have insurance for your bike anyway.

A electrical bicycle can be a large expense, it's worth protecting it. I even have my standard bicycles insured.

Hey, I love them and I wouldn't want to pay to replace them. That's the question you want to ask yourself.

Would you want to pay to replace your e-bike outright if you needed to?

If the answer is no, then consider insurance!

Looking for the best value for money electric bike?

How long does it take to charge an e-bike battery?

If your battery is totally empty then you're going to be looking at it taking around 3 and a half to 6 hours to fully charge. I'll be honest, the time does depend on the model and the battery itself.

How fast can an electric bike go?

In the UK, an e-bike will stop providing assistance when you reach a maximum speed of 15.5mph.

After that, you're on your own, just like you would be on a normal bicycle.

In my experience, this is more than enough. Anything more than that and your average speed will be too great.

So there we have it.

Pedal assistance is necessary if you don't want to have your bike be considered a moped.

I think it's a positive thing, after all, having a bicycle is all about getting some exercise and if you just had to twist the throttle and go, it wouldn't be the same, would it?

Related Post: Do E-bikes provide exercise or is it cheating?