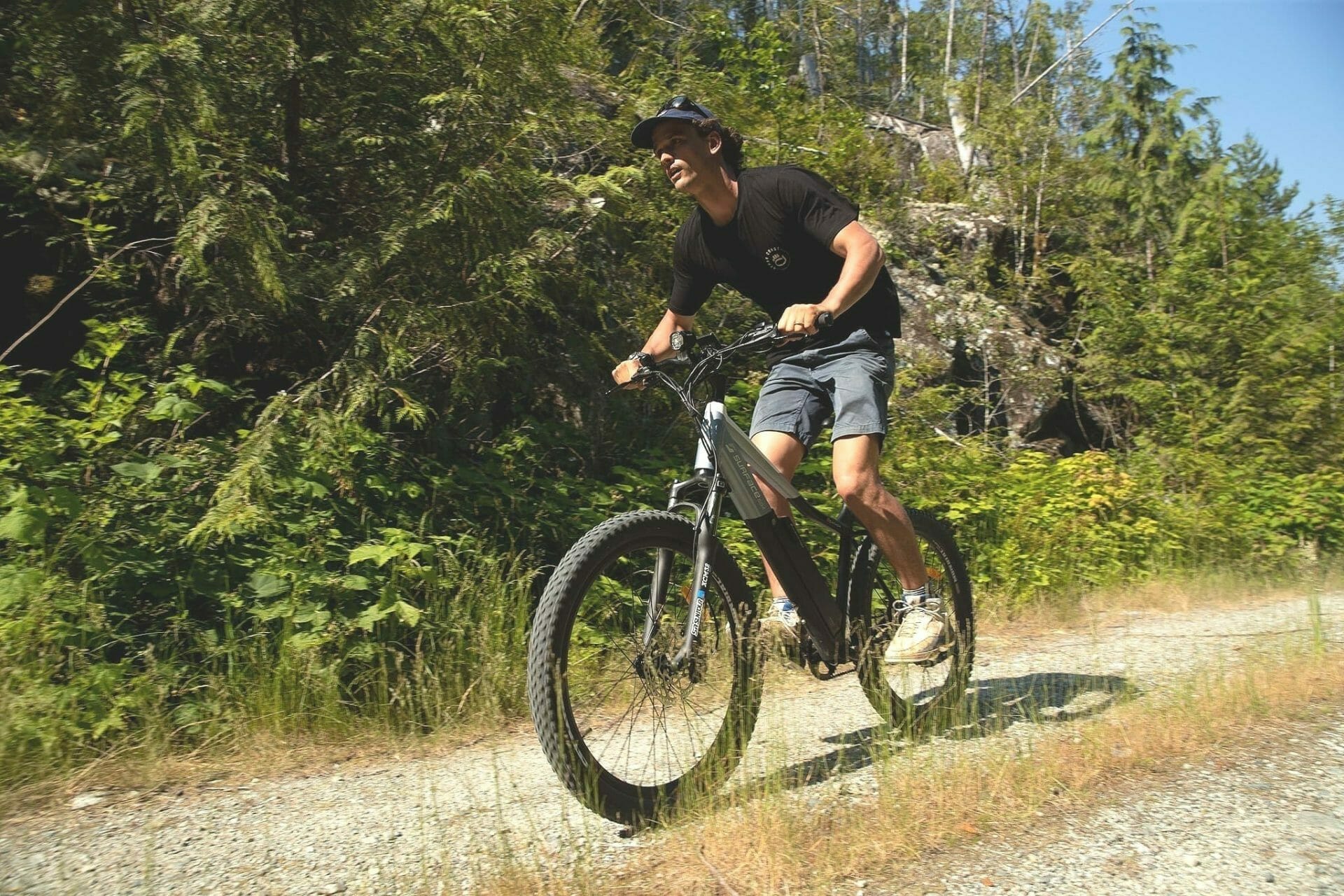 An electric bike's primary function is to lessen people's reliance on personal and public transportation powered by gasoline, which in turn helps to cut down on the consumption of fossil fuels on a worldwide scale.

Those who enjoy an exhilarating ride and a high-speed level unmatched by anything else will adore the 2000-watt electric bike. But how quickly can one travel on a bicycle powered by 2000 watts?

An electric bike with a power output of 2000 watts has a battery pack significantly larger than most other electric bikes. Its ability to travel at high speeds is made possible by the huge capacity of the battery.

An electric bike with a power output of 2000 watts can often create 2.6 horsepower, which enables it to reach an astounding speed of between 40 and 43 miles per hour (65 to 69 kilometres per hour).

Moreover, we have in-depth discussed the phenomena of the fast speed of electric bikes in our previous article. It will help if you read it.

An electric bike with a power output of 2000 watts should, in principle, reach speeds of between 40 and 43 miles per hour.

The truth of the matter is, however, that this is not always the case. Instead, the maximum and average speeds an electric bike with 2000 watts of power can provide will be influenced and altered by various circumstances.

The following are some of the factors that have the potential to influence the actual top speed of a 2000-watt electric bike:

In the next section, you will find an in-depth examination of the elements that can influence the speed of a 2000-watt electric bike, as well as information regarding who would benefit from owning such a bike and why.

A 250- to 750-watt electric bike is perfect for people who want to save money on transportation and make their daily commute to and from work more sustainable. But it will not cut if you want to ride fast and purchase an electric bike for exciting biking experiences.

They would be better off purchasing a 2000-watt electric bike, which can reach speeds of 40 to 43 miles per hour.

The rider can get where they're going faster and with more excitement thanks to the high top speed of their bike.

In addition, a high-wattage electric bike is necessary for those who need to go greater distances, such as between neighbouring villages or cities.

An ebike will not only be able to travel at faster speeds than traditional bikes, but it will also be able to cover longer distances.

On the other hand, a 2000-watt electric bike is the best option for riders who absolutely cannot be late.

Not only does the rider avoid the hassle and potential for lateness associated with taking public transportation, but they also save money.

Keep reading to learn about the major parameters that will determine the maximum speed of a 2000-watt electric bike.

What are the factors affecting the speed of the 2000W ebike?

Pedal-assist, the rider of an electric bike must still pedal for the bike to move forward. This is one way in which electric bikes are comparable to conventional bicycles.

The two types of electric motorcycles can be differentiated from one another by the presence or absence of an electric battery and other electrical components.

A pedal-assist electric bike has motion sensors already built into it. Those motion sensors detect a pedalling rider and then communicate that information to the electric motor.

Once the electric motor has received the signal, it will immediately begin turning on itself and convert the stored electrical energy into mechanical energy.

The kinetic energy is transferred to the electric bike's tyres, which causes the bike to move forward without assistance from the rider.

The rider will have to pedal less frequently and for shorter distances as the level of pedal assistance increases.

Although doing so may increase the speed of the electric bike, there is a disadvantage in that it will also cause the battery to run out of power much more rapidly.

As a direct consequence, the electric bike speed will start to reduce as the battery charge level drops.

A 2000-watt electric bicycle is supposed to be able to reach speeds up to 43 miles per hour. Still, the maximum speeds will start decreasing when the cyclist pedals less forcefully and relies more heavily on high levels of pedal assist.

If the rider wishes to continue riding at high assistance levels and speeds. In that case, they will need to stop riding their electric bike to recharge the battery regularly.

#2 Weight loaded on an e-bike

In most cases, the curb weights of electric motorcycles are noticeably higher than those of traditional bikes. Because of this, they can have the power and strength to draw additional weight while maintaining a good top speed and range.

When it comes to the maximum amount of weight that can be pulled, an electric bike has the same limitations as any other automobile.

If you overload an electric bike by carrying too much extra cargo, the extra load will stress the electric batteries.

As a direct consequence of this, its charge will begin to deplete at a faster rate, and it will no longer be able to achieve its maximum speeds. In general, the majority of electric bikes are constructed to be able to haul a combined weight of between 220 and 300 pounds.

However, a high-powered electric bike with a power output of 2000 watts will be able to pull considerably.

A high-powered electric bike, with a power output of at least 2000 watts, will be able to draw significantly more weight than that, anywhere from 300 to 450 pounds at speeds of at least 40 miles per hour.

When the rider or their luggage totals more than 450 pounds, the extra weight interferes with the battery's ability to function, preventing the 2000-watt electric bike from achieving its maximum speed.

A rider unable to steer clear of piling on a lot of weight to their bike should consider purchasing a powerful electric heavy bike or an electric bike specifically intended to haul greater loads. This is an excellent piece of advice.

The electric bike's top speed will decrease if you engage in any of the following dangerous riding practices:

Compared to conventional bicycles, the battery is an electric bike's most delicate and crucial component.

The maximum speed of a 2000-watt electric bike mostly depends on the quality of the battery.

Any damage to a battery that causes it to leak battery liquid will reduce its capacity to store a charge. As a result, it lacks the chemical energy necessary to provide truly high speeds.

Equally damaging to the electric bike's battery life is charging it using an external charging wire or using a DC fast charger regularly.

If the rider persists in using a battery that hasn't been properly maintained, they won't be able to enjoy the full potential of their electric bike in terms of both speed and range.

Electric bike riders should only venture out on tyres that have been meticulously maintained and show no signs of wear and tear.

The battery on a 2000-watt electric bike can be damaged by the rider's use of the throttle when the tyres are old, worn, and slick.

Since the electric bike's top speeds will be reduced because its battery's capacity to hold a charge will diminish.

If you are searching for an electric bike that can reach high speeds, the model with 2000 Watts of power is one that you should look into. Because a 2000-watt electric bike max speed is up to 40 to 43 miles per hour, it is currently one of the quickest options available on the market. This bike is built to last and comes equipped with a robust 5000-watt motor, so you can count on having a lot of fun riding it while still getting where you need to go.

Moreover, you should read our article about how far can 5000-watt electric bike go on a single charge.