Which Countries Are Ebikes Legal (& Illegal) In? Our Guide! 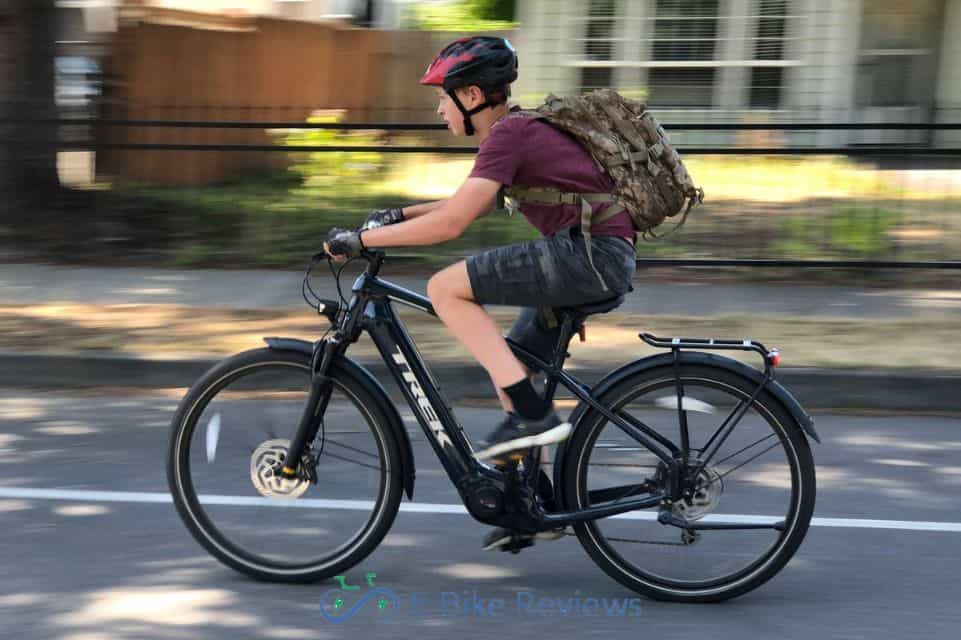 Am I Allowed To Ride My Electric Bike In The United Kingdom?

There is no denying that electric bicycles are becoming popular. I'm a huge fan of them so I totally get the appeal.

The short answer is that some electric bikes are legal. However, to meet the definition of an electric bike, it must fit some requirements, including the need for human power. There are laws surrounding the maximum speed the motor will output, currently set at 250w.

As e-bike riders, it's worth having a good understanding of the laws and what that means for you so let's get to it!

What Is An E-Bike?

Let's start by understanding what an e-bike is before we delve into the laws of electric bikes!

In many ways, electric bicycles look a lot like traditional bikes. They have gears, a saddle, handlebars, etc.

The giveaway is the motor, which is usually found around the pedal area (otherwise known as the bottom bracket).

There are some e-bikes where the motor is built into the rear hub but this is becoming less common due to the weight of the motor making the bike less stable overall.

This motor is fantastic! It will get you up hills more easily and generally increase your average speed.

For a more in-depth guide, check out this post!

Depending on which type of electric bicycle you go for, it can either be powered using a pedal-assist or a throttle. I will say now that the law is different for these two types of bikes so you'll want to keep reading!

What Is The Law Surrounding E-bikes?

The law came into force in 2015 and it clearly outlined the rules surrounding e-bikes, what you can and can't do etc.

Some electric bikes can be powered using a twist and shift throttle - do they meet the legal requirements?

Sadly, they do not, not in the UK anyway.

In the UK if you control your electric motor using this type of throttle system then it will not be considered to be an electric bike.

This rule applies to electric bikes with a twist throttle since 2015. They are not allowed to go more than 3.7mph.

3.7mph is not quick. It's also incredibly difficult to keep your balance on a bike traveling at that speed.

The requirements state that electric bicycles' power output must be regulated by your pedals...and of course you pedalling!

If you are getting your bicycles power from elsewhere (i.e a throttle), then it is considered that you're riding a moped and as far as the law is concerned, you have to have a license, insurance, and pay road tax so it is definitely worth making sure you know the rules for e-bike riders!

When you're riding a motor vehicle, you will have to wear a helmet too and you aren't allowed to join the traditional bikes along the bicycle path either so it's fair to say that there are some restrictions.

So now maybe you've ruled out getting a throttle-powered e-bike?

For most people, that's a wise move.

However, there are some restrictions as to the type of e-bike you can have.

An e-bike that has a motor output greater than 250w is liable to the same guidelines as a throttle-powered bike. This is even the case if you're using pedal power to some degree.

Are E-bikes and Pedelec's Different?

In a lot of ways, they are similar. The one big (and key) difference is that a pedelec is usually capable of achieving greater speeds.

Now given UK laws, this means you don't see many Pedelec's over here.

A pedelec is often considered to be a bike that can achieve speeds greater than 25kmph using a motor.

Due to the increase in speed, they a regulated more strictly (and rightly so in my opinion!).

Before you consider trading in your moped for a pedelec...

They are (or at least should) be restricted to a maximum speed of 45kmph.

So whilst they can't replace your moped, they do face the same restrictions.

Before you go out and buy one, you ought to know the differences as this too can affect where you stand legally.

Class one is the most popular. They are pedal assist and totally legal in the UK.

Class 1 e-bikes should be limited to a speed of 15.5 miles per hour and the power output shouldn't be greater than 250w.

This type of e-bike use is straightforward and whilst I wouldn't exactly say that they're low-speed e-bikes as they certainly give you enough speed for most situations - the motor will cut out when you are traveling above 15.5mph so if you do want to go more quickly...you're going to need to use your legs! 🙂

The level of assistance this bike provides will depend on the setting. This can usually be changed easily as there should be a button either on the handlebars or top tube to change it.

Do keep in mind that if you use more powerful settings, your range will decrease and you wouldn't want to get left 30 miles away from home without any charge left in the battery!

Overall, these types of pedal-assisted e-bikes provide electric bicycle riders with the most realistic feeling of riding a regular bicycle.

[Ever wondered what it's like to ride one? Find out here!]

Speaking as someone who flips between a traditional bike and an electric bike, I can confirm that it does give the most realistic feeling out of all the classes!

This type of electric bike will have a throttle to power the motor and isn't like a pedal-assisted electric bicycle as it doesn't require human power to make it move.

Due to the policy in the UK, class 2 e-bikes are not often seen as they are treated as motorized vehicles are.

Pedelec's fall into this category, meaning there are insurance requirements, helmet requirements and you won't be able to take these bikes onto a bicycle path due to the speed capability. ﻿

Are E-Bikes Legal In Florida?

The electric bike is not allowed to exceed 20mph. Once you reach that speed the motor will shut off.

Otherwise, an e-bike faces the same laws as a traditional bike.

Are E-Bikes Legal In Australia?

This varies state by state so let’s break it down:

NSW has two classes of e-bikes.

By law you are allowed to ride your electric bike on every public road and designated bike area if your bikes meet either of these classifications:

This one is nice and simple. Victoria’s laws surrounding e-bikes are the same as NSW.

Queensland legally allowed two types of e-bikes, these are:

All bikes must use pedals as their main source of power. This means that any motor on the bike can only operate when the user is pedaling.

However, there is one exception and that is from a standing start, where you are allowed the initial take-off to be self-powered, though this is restricted to a 6km/h limit.

Very similar to the laws in NSW. You are legally allowed to ride an e-bike if it meets one of the following requirements:

The law is simple in Western Australia. It doesn’t matter whether you’re riding a pedal-assisted bike or a human-propelled bike, the power output should not exceed 250w.

There are no dedicated e-bike laws, there are only laws for cyclists.

The laws in Tasmania are the same as SA and NSW.

Are E-Bikes Legal In Colorado?

Like the UK, Colorado defines electric bikes by giving them 3 classifications and they are the same as the UK.

Class 1 and 2 e-bikes can be ridden on the sidewalk - unless your county doesn’t allow that. Class 3 bikes cannot.

Are Electric Bikes Legal In Ireland?

Since 2020, Electric bikes have been under the same EU standard. This means that they are legal, providing they do not exceed 15.5mph and are pedal-assisted, not throttle-powered.

If it’s the latter, then they are to be treated as mopeds are.

Are Electric Bikes Legal In Massachusetts?

Currently, e-bikes in Massachusetts are considered to be “motorized bicycles” and this means that users must be over the age of 16.

They also must hold a driver’s license and e-bikes aren’t allowed on bike paths or sidewalks.

As you may have realised, this is very different from a lot of states and countries so there are a lot of people campaigning to change this.

Are E-Bikes Legal In NY?

In 2020, the State of NY changed the laws surrounding e-bikes, and whilst there are 3 classes of electric bikes, all three face the same restrictions.

You are allowed to ride to a speed limit of 25mph within the city limits.

Are Electric Bicycles Legal In Singapore?

Yes, e-bikes are legal in Singapore but the bike does need to be registered and approved by the Land Transport Authority (LTA). This involves having a number that has an orange seal.

If you’re looking at buying a new electric bicycle, then you won’t need to worry about the bike being approved as retailers are only allowed to sell LTA-approved and registered e-bikes. You will need to accept the transfer of ownership to remain legal though.

Can I Remove The Battery From My Electric Bike?

I'd love to be able to give you a straightforward answer on this but it does depend on the model of your bike.

Some allow you to remove the electric motor and this obviously brings lots of benefits. Being able to charge the battery away from the bike means you can take the battery into the office if you commute so you do get a better degree of flexibility.

It also means that you can buy a spare battery and swap it out when one goes flat so you don't need to wait for the battery to recharge.

To summarise, electric bicycles do face some e-bike laws. For me, I'd aim to purchase a bike that falls into the class one category.

It's going to give most people the power assistance they need and falls under standard e-bike use requirements, not moped use!

What bike do you have? Traditional bicycle or electric bicycles?