Will E-bikes Get Cheaper? Find Out Here! 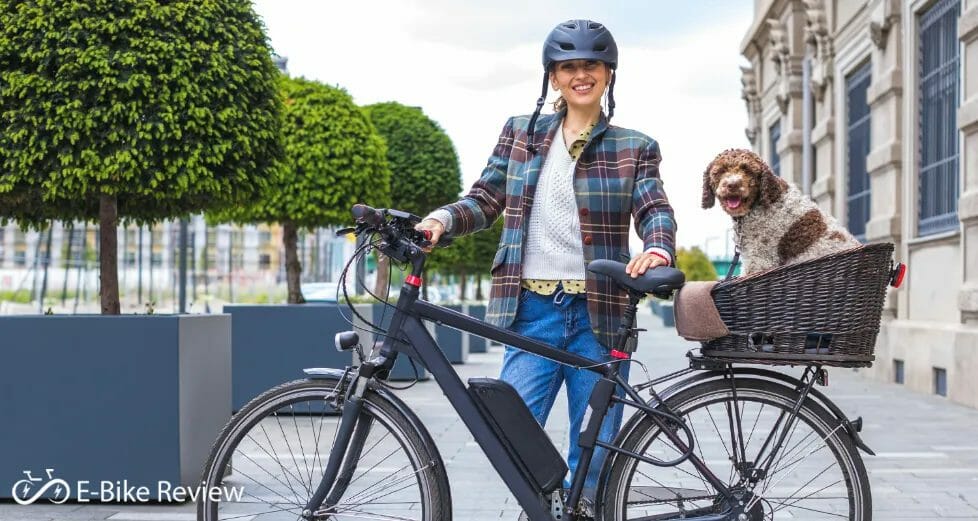 Why Do Electric Bikes Cost So Much & Will They Get Cheaper? - Our Guide!

If you are a lover of e-bikes and you're looking to buy your dream model, you're likely to be put off by their high price, with some costing over £3000, leaving you wondering will the price ever go down?

Down below in our guide, we will discuss why electric bikes are so expensive, reasons why e-bike technology is not getting cheaper, factors affecting why e-bike prices are high and other hidden costs to consider when buying these premium bikes.

Why Are Electric Bikes So Expensive?

Before we get into the specific reasons as to why your perfect bike is so expensive, let's discuss the general cause of why the electric bike category is so high priced.

E-bike prices are typically still high because they are new kinds of bikes, with e-bike technology that is still undergoing product testing and upgrading all the time. It wasn't till around the 2000s we started seeing commuter e-bikes on the market.

Till there is a large increase in popularity and customer demands, cheaper e-bike components cannot be made with new high-end e-bikes going up in price due to new tech and components being made.

Affordable e-bikes are made with basic technology and components which are reflected in their price.

Top Reasons Why Electric Bikes Will Not Get Cheaper

Electric bikes can be found under £500, but these cheaper Chinese models are not made with quality parts, unfortunately, the electric bike industry can't produce cheaper high-quality models for the following reasons.

The difference between a high bike cost and a low bike cost is influenced more specifically by the motor, battery, quality of parts, size and weight.

We've gone into further detail below.

Other Costs To Consider When Buying An Electric Bike

Not only do you have to consider the cost of the electric bike itself but also extra hidden costs like charging which occur once you have the bike.

We've listed a few to note below.

Although not a high price, the cost of charging your electric bike should still be considered when purchasing a bike. This should only cost a few pence per hour, however.

You should further consider the maintenance of parts in an electric bike just like an ordinary bike, you will likely need to replace the brakes and tyres at some point to keep it a higher-performance e-bike.

Typically, most e-bike batteries cost between £500-£1500, they will last on average about 500 charging cycles before they need to be replaced however some can last up to 1000 cycles. You can also increase the lifespan by taking care of them better.

Are Electric Bikes Worth The High Price?

As we mentioned above, electric bikes can cost anything between £500-£3000, so are they worth their high price? Well, this depends on the benefits you will get from the investment.

What Are Some Affordable Types Of Electric Bikes?

If you find that electric bikes are too expensive but you can't give up that dream of owning one, there are some affordable types out there that have a good quality despite their low price.

We've listed a few names to help you out below.

Ancheer is very well-known for creating low priced electric bikes, from their mountain bikes to commuting bikes, most of their bikes are retailed for under £1000. One of their most reliable and affordable bikes is known as the ANCHEER electric mountain biking, costing around the £600 mark.

Carrera Subway is Halfords own brand of electric bikes, for around the £1000 mark you get a hybrid bike with high-quality specs such as hydraulic disc brakes and Shimano gearing systems.

Decathlon has some excellent affordable electric hybrid bikes for everyday use, a notable one is its B'Twin riverside series sold for around the £999 mark, boasting three assisted levels and a 400Wh battery.

RadPower makes fair quality electric bikes, their new RadMission electric bike in particular has a 500Wh battery for long-range riding and a mid-power 500W battery making it perfect for longer commutes without breaking the bank, it goes for around $1000 mark.

Aventon makes affordable electric bikes but doesn't compromise when it comes to their designs and quality, there Aventon Soltera in particular has a 350W motor above the standard 250W and can travel up to 63 miles.

Frequently Asked Questions About Electric Bikes And Their Prices

One of the most expensive electric bikes in the world is called the BlackTrail BT-01 and goes for $80,000.

What electric bike can I get for under £500?

Some affordable bikes under the £500 mark are ANCHEER, SWAGTRON and TOEU.

How do I choose a cheaper electric bike?

To choose a cheaper electric bike, it's best to go for a hybrid bike or commuter, avoid mid-drive motors since they are more expensive and opt for an aluminium frame with disc brakes rather than hydraulic, the more gadgets you bikes has the higher in price it will be.

Why are mid-drive e-bikes more expensive than rear-drive?

Mid-drive motors are less specialised and are not produced in a mass why like rear hub motors, they are also more premium for riding since they are located at the pedals giving a natural feel to the bike when using the assistance.

What's the lowest-priced electric bike I can get?

Most electric bikes do not go under the $350 mark, if under then you would likely be compromising on quality and power. The average affordable high-quality e-bike will be over or around the $500 mark for a decent battery range and motor power.

How much do e-bike batteries cost?

Electric bike lithium-ion batteries cost around £300-£500, this can be higher if the battery is of a higher capacity.

What are the most expensive parts of an electric bike?

Without a doubt, the most expensive parts of an e-bike are the battery and the motor, this is then followed by the sensor, brakes and gearing as well as the frame depending on its materials.

Also account for accessories such as an LCD and tyres.

Conclusion - Will An E Bike Get Cheaper?

To conclude our guide, electric bikes could get cheaper in the long-distance future, but for now, they will remain expensive due to developing technology and upgrades, pushing the price up even further.

We would suggest avoiding cheap e-bikes due to bad quality parts and power, instead save and invest in the higher end models which will last you long term.