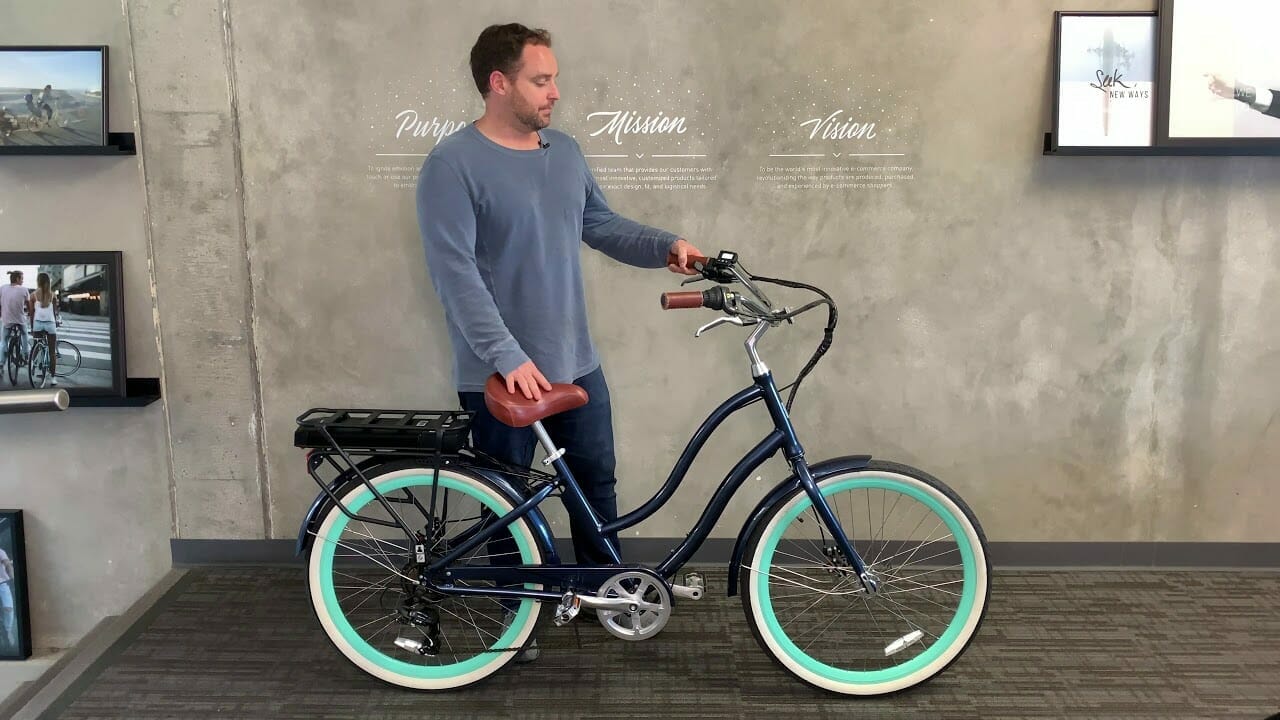 In this period of global warming and growing GHG emissions, the development of electric bikes has provided the globe with an alternative means of transportation that is better for the environment, less expensive, and more convenient than traditional modes.

Choose an electric bike with a lower wattage if you want an e-bike that is comparatively more affordable, even though most electric bikes are pricey two-wheeled autos.

The 500-Watt electric bike is one example of this type of bicycle; not only does it provide you with a significant increase in the distance you can go, but it also makes commuting inside the city much easier.

You may take a leisurely ride on one of these bicycles to get to work or do some errands. They are an excellent choice for such an outing. You shouldn't expect the ride to be the quickest one available. How many miles can an electric bike with 500 watts of power travel?

On a single charge, standard electric bicycles with batteries rated at 500 watts may travel between 60 and 120 kilometres (40~70 miles), which is its range. In most cases, a single charge will allow an electric city bike to go between 50 and 60 kilometres.

Moreover, you should read our previous article about how fast a 500-watt electric bike can go.

What is the range of an e-bike?

This indicates that an electric bike with a better range will be able to travel further without recharge since it will have a larger capacity for its battery.

On a single charge, an electric bike with a limited range cannot ride to locations that are a great distance away. Instead, the rider must stop and recharge the battery before they can resume their journey.

The capacity of the electric battery that powers an electric bike is the primary determinant of the distance that can be travelled by the bike.

The capacity of an electric bike's battery to store a charge is directly proportional to the size of the battery. As a consequence of this, an electric bike with a battery that has a bigger capacity will be able to go further without needing to stop and get its battery recharged.

To further grasp this concept, let's examine the inner workings of an electric bike.

The rider of an e-bike must first charge the electric battery by plugging the bike into an electrical outlet before the bike can be used.

As soon as a rider begins to pedal his/her fully-charged e-bike, the motion sensors that are built into the bikes detect the rider’s pedalling actions and send signals to the powerful motors to start turning the wheels.

The stored electrical charge in the electric battery is transformed into kinetic energy by the e-bike's motor so that it may do its task.

This electricity is transmitted through the transmitters on an e-bike's wheel, which increases its speed and acceleration.

As a result, the electric bike's pedal assistance will cease after a certain range, necessitating battery recharge.

On the other hand, if the electric bike is equipped with a big battery that is either 1000 Watts or 1500 Watts, it will be able to store a significant quantity of electric charge. This will make it possible for the e-bike to go a substantially higher distance on a single charge.

You should read our previous article, where we thoroughly discussed how many watts of battery is good for electric bikes.

Batteries for electric bikes with a 500-watt-hour capacity are a good all-around choice. As a result, the rider may go about their day without worrying about the battery running out in a metropolis.

A long-distance trip on a 500-watt electric bike will necessitate either finding charging stations along the way or bringing an extra portable battery pack.

Keep reading to understand the aspects that will affect the whole riding range of your electric bike at 500 Watts.

In principle, a single charge should be able to power an electric bike with a 500-Watt battery for at least 40 to 75 miles of travel. On the other hand, it is not unusual for the battery to die well before it has gotten this far since it has used up all of its charges.

This typically occurs because the rider does not know how an electric bike's battery operates and the various elements that might adversely influence the e-bike's range, leading it to lose charge at a more rapid rate.

The following is a list of the primary elements that can affect the total distance that a single charge of a 500-Watt electric bike can cover:

Electric bicycles have been around for far longer than most people realize. Even though modern electric bikes have just been conceived of and produced in the last few decades, older versions of these bikes may still be found.

The usage of various chemical batteries is one of the most notable distinctions between earlier models of electric bikes and their successors, which are available today.

Typically, electric bikes from the past used nickel-cobalt or lead-acid batteries.

Each type of battery can be used for its intended purpose, but each has certain limitations that limit their use in specific situations.

The capacity and runtime of nickel-cobalt and lead-acid electric batteries are two key shortcomings of these types of batteries.

Neither of these batteries has a fast discharge rate and doesn't store much electricity.

On the other hand, contemporary electric versions come equipped with lithium-ion chemical batteries, which can store a significant amount of charge in a space that is both tiny and condensed.

Because of this, these batteries have greater capacities and colossal ranges than their predecessors.

Because of this, an electric bike meagre battery with a capacity of 500 Watts that does not include lithium-ion will be unable to travel a considerable amount of ground on a single charge if the composition of the battery's chemicals is anything other than lithium-ion.

Even though the battery is the most important part of an electric bike, it is also the part that is the most susceptible to damage.

As a result, improper care and handling could decrease battery life and reduce battery performance.

The following are some examples of bad conditions exhibited by electric bike batteries:

Because there will be less power from the batteries, the 500-watt bike won't be able to travel between 40 and 75 miles per one full charging cycle.

Instead, the rider will have to go through the difficulty and expense of often charging the battery, or they will have to replace it, which will be costly.

The following are some of how an individual rides an electric bicycle might impact the range of a 500-Watt electric bike:

If the user rides their ebike at high speeds for an extensive period of time, they will use up the battery quicker than usual.

As a direct consequence, the battery won't have a significant amount of charge accessible, and it won't be able to go very far before needing to be recharged.

Let's say the rider often rides their electric bike with the pedal assistance set to its maximum, putting forth very little effort to propel themselves forward. If that happens, the battery won't have much life before it dies.

Consequently, the 500-watt electric bike won't be able to ride very far before needing to have its battery charged again.

In addition, the battery will rapidly lose charge if the rider has a propensity to press the accelerator pedal repeatedly.

Because there is less battery efficiency power available, the electric bike cannot go very far due to its current condition.

The distance that an electric bike with 500 Watts of power may be travelled is strongly impacted by the type of terrain the user chooses to ride it on.

If a cyclist rides his/her e-bikes through rough terrain on purpose, the extra effort he/she puts on the batteries will cause them to wear out faster than normal.

Because of this, the electric bicycle's ability to store a recharge will decrease, its range (how far it can travel) will be reduced, and the size of the batteries will limit its maximum speed.

Additionally, if a rider drives their electric bike on a sloping surface, forcing the e-bike to move against gravity. In that case, a higher battery charge will be consumed to keep the electric bike going. This is because the e-bike is moving against the force of gravity.

Because of this, the electric bike's battery will run out of energy sooner, and it won't be able to travel very far.

Although a 500-Watt electric bike is said to have a range of 40 to 75 miles on a single charge of its battery capacity, this is only its stated range, and in most cases, it does not achieve this level of performance.

The rider's weight, the bike's weight, the type of battery used and its condition, the terrain, the weather, and other factors will all affect the distance that can be travelled by an electric bike rated at 500 watts.

On the other hand, if you want to improve the range of an electric bike, you may attempt increasing the range of the following components: