How Much Do Ebikes Weigh? We Compare The Average Weight Of Various Types 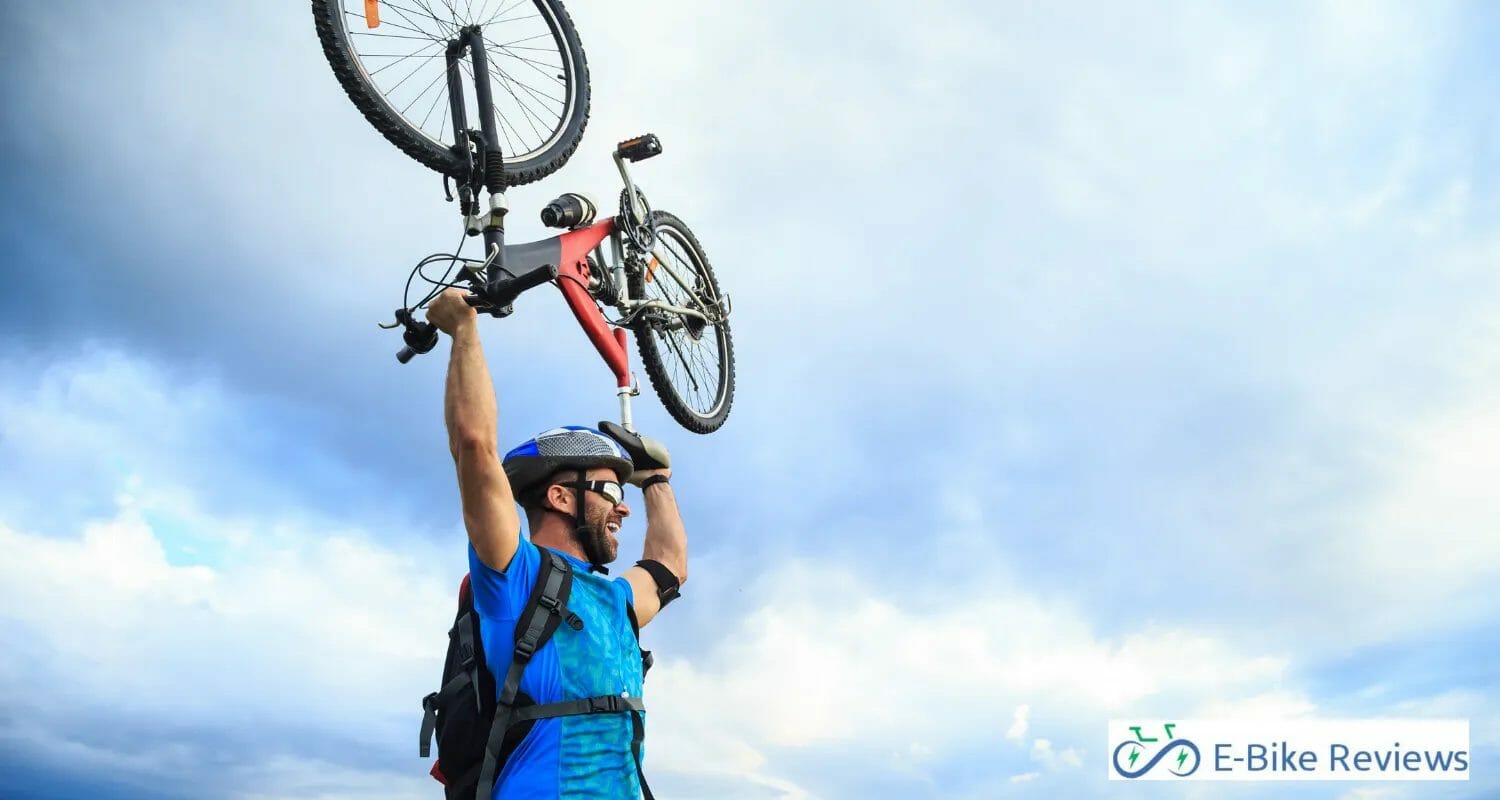 What's The Average Weight Of An Electric Bike?

Regular bikes and e-bikes look pretty similar at a first glance, and sometimes the electrical components on an e-bike can be hard to notice from a distance, however, one striking difference between the two is the added weight on e-bikes.

Electric bikes on average tend to weigh nearly 50% more than normal bikes with a weight range of 18-22kg. However, the weight will differ according to each bike depending on the size of its battery, motor and frame.

We have listed out below the different types of electric bikes on the market and how much they weigh, as well as if the weight of these bikes will affect how they ride.

So without further chat, let's get into it!

Why Do E-Bikes Weigh So Much?

Electric bikes weigh a lot more than regular bikes due to there addition of a sturdy frame to support a battery and motor. Also, other small factors such as an LCD can add weight and the higher the capacity your battery has, the larger it will be, thus more weight.

However, more modern e-bikes are becoming lighter in weight, and with the addition of folding bikes on the market, the components are getting smaller without compromising on power.

How Much Do Different E-Bikes Weigh?

As we mentioned above, various types of e-bikes will have different weight depending on the type of bike they are, for example, mountain bikes will often be heavier than other types due to the larger frame and suspension which is needed to handle heavy terrain.

We have listed the most common types of electric bikes out below and their weights.

Let's start with folding bikes. Foldable electric bikes are preferred for commuters as they can fold up neatly under your desk and can be carried on to public transport easily. People who travel may also prefer folding electric bikes as they can fit into your car easily due to their small footprint.

These bikes come in at an average weight ranging from 18kg to 21kg and above, they do tend to be one of the lightest e-bikes on the market though because of their folding design.

Mountain electric bikes or MTB bikes tend to have a heavier weight due to them having a larger motor and battery, as well as a big frame and front suspension to handle the bumps in the road.

These types of bikes will come in a weight of 23kg to 30kg depending on the model, however, you can now buy some folding electric mountain bike models which have a reduced weight.

Commuter or road bikes often have a light to medium weight, as they are designed to be portable with smaller wheel size, but often carry bigger batteries so they can support long-range commutes.

Commuting electric bikes may weigh-in from 22kg to 30kg.

Fat tyre electric bikes are very heavy due to their large and heavy tyres which can handle tough terrains such as sand or even snow. The strong frame and big tyres of these bikes add a lot of extra weight totalling 25kg to 30kg, however, you can find some more lightweight options on the market if needed.

Hybrid electric bikes are a mix of a road bike and a mountain bike, these models weigh 18kg to 27kg and often have high handlebars for off-road use yet small wheels for commuting.

Other Factors Affecting The Weight Of An E-Bike

Apart from the type of bike and it's designing, other factors influence how much your bike will weigh in total, we have briefly listed them out below and how much each of these components weighs so as you can see why electric bikes become heavy.

The motor of an electric bike could potentially add up to 8kg of weight on your bike due to its wires and components, the more power your motor has, the heavier it will be. Some motors are very lightweight, with ones that have a power of 250W weighing more around 4-5kg.

An e-bike battery could potentially add up to 2.5kg to 3.5kg to the weight of your bike depending on its capacity. Some bikes can be brought with more lightweight batteries like commuter bikes and others may even have an extra pack that could weigh up to 6kg.

You can buy some bikes with a removable battery, so if you ever want to remove the additional weight and ride it as a manual bike, you can.

Some extras on your electric bike can contribute to additional weight too such as the wiring and control panel of the bike, but only by a minimal difference.

What Is The Lightest Electric Bike On The Market?

It is worth noting though, these extra-light e-bikes do come with an expensive price and often have to compromise on their range as well as there motor power to have this very lightweight.

Will The Weight Of An E-Bike Affect How It Feels?

Well, in the case of electric bikes, the more it weighs the better it tends to feel, because a heavier weight typically translates to better PAS and a greater motor/battery, meaning it can support you for longer distances and save you time.

If the extra weight of your electric bike concerns you due to the fact you have to carry it when commuting for example, then go for a lightweight folding e-bike instead which should only weigh around 16-18kg.

What Is The Average Electric Bike Weight Limit?

Electric bikes typically come with a very generous weight limit ranging from 100-140kg which is suitable for most riders, if you need a bike that can carry more than this as maybe you need it to support bags too, then you can find some great cargo e-bikes on the market which could support up to 200kg if needed.

Frequently Asked Questions About How Much E-Bikes Weigh

Will a lighter e-bike give me better control?

A lighter e-bike might be easier to control on busy roads and traffic, it will also be more portable, this is why road bikes and commuter bikes are often some of the lightest electric bikes on the market.

What's the best weight for a commuter e-bike?

We would suggest looking for an electric commuter bike with a weight of under 23kg to make it easier for you to carry if needed.

Why are electric mountain bikes heavier than others?

The tyres, frame, suspension and motor are often what makes a mountain bike heavier as they have to be more heavy-duty to survive being knocked about on harsh terrain.

How can I reduce the weight of my electric bike?

If you want to reduce the weight of an e-bike you are slightly limited on options, for example, if you go for a smaller battery you can reduce weight, but this will also reduce the distance that you can ride. You could always try switching out your tyres to smaller ones and also washing off any dried mud can make a noticeable difference to how heavy the bike feels.

To conclude, you should be able to find an e-bike of any type with a weight of around 21kg to 23kg, except for a fat tyre e-bike which is often very heavy and bulky. You can always find lightweight foldable frames on the market too, but be prepared to compromise on motor power and battery size.