Why Are Electric Bikes Legal but Not Electric Scooters? Here's Why! 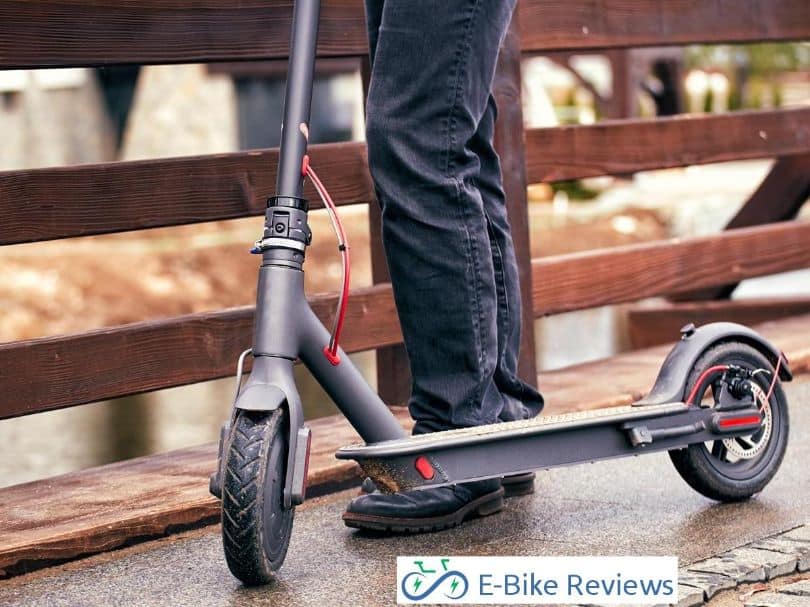 Electric Wheels & The Law - Why Are Electric Scooters Not Legal?

If you are looking for an eco-friendly alternative transport to cars or motorcycles, then it's likely you've heard of electric scooters as well as e-bikes.

Electric scooters are a great way to get around city roads and help you save time as they miss the congestion which typically occurs in busy places such as London, they are proving very popular in the rest of Europe, but why not the UK?

Well, that's because electric scooters are not legal in the UK yet due to them being classed as a 'powered transporter', meaning they need to abide by the same law as a car and motorcycle do. The UK says that electric scooters do not meet the technical requirements yet for them to be legal, with some still missing out on headlights or topping speeds of 30mph.

To understand more about electric scooters, how they work, why they are banned and if they differ from e-bikes, we have answered all your questions below in our short guide to help you out.

What Are Electric Bikes?

Electric bikes are similar to regular bikes but have additional electrical components such as a motor and battery which provide adjustable assistance to the user as they pedal.

E-bikes in the UK are considered legal if they have a speed limit of 15.5mph and a motor with a power limit of 250W, above this, you will not be able to ride your bike on public roads legally.

What Are Electric Scooters?

Electric scooters on the other hand have two small wheels and a thin deck to stand on with handlebars. These scooters are similar to old-school manual ones yet have the addition of a motor, battery and air-filled tyres, they are also controlled standing up so require some balance.

Why Are Electric Scooters In The UK Not Legal?

Now your probably wondering, if electric scooters have similar electrical components to an electric bike, why are they still not legal in the UK?

Well, as we mentioned above, electric scooters are considered powered transporter which puts them under the same regulations as cars and motorcycles due to their power and speed.

The UK legal requirements for an electric bike is a motor of 250W and a speed of 15.5mph, electric scooters on the other hand can reach up to 30mph so is not considered legal.

Electric scooters still often come without helmets and taillights which are essential for road use too, meaning more needs to be done on these scooters to make them suitable for the roads in the UK. You would also have to have a driving license for a scooter as they are considered the same as motorcycles.

Apart from the fact an electric bike is legal in the UK and an electric scooter is not, there are a lot of similarities between these two forms of transport, as well as some differences.

So as you can decide which type of transport is right for you when the UK makes these scooters legal, we have compared the two below and discussed their pros and cons.

Electric scooters are powered solely by their battery and motor and don't require any user effort to ride them, unlike the e-bike, making them a great choice for people who want to avoid cycling but still have a portable transport which gets them from A-B.

These scooters are additionally very easy to lift as they are lightweight and simple to use as there are no techniques or fancy controls involved to power the scooter. Scooters may also be better for people as they are much easier to mount than a bike.

The downfalls of electric scooters in comparison to electric bikes is that they can't be used on any kind of uneven terrain, they are also not legal in some countries and would need a license to be ridden. E-scooters additionally are not very safe to ride in comparison to bikes and can get knocked easily, they offer no form of exercise to get fit too as you are simply just standing on the scooter while it moves.

Electric bikes in comparison to scooters are much safer to ride and offer more of a presence on the road, they are also regulated and legal in the UK and don't need a license to be ridden.

These bikes offer the advantage of having more range than a scooter, being able to handle all terrains, carry things and give you exercise, due to the varying levels of assistance that you can control on the bike.

Downfalls of electric bikes are that they tend to be more expensive than scooters and heavier, some people may also find riding a bike harder than a scooter and they require much more of an effort to mount.

Electrical bikes are less portable than scooters too, so not as ideal for short commutes.

Overall, at the moment if you live in the UK, an e-bike is the more obvious options as it is road legal, however, this law is looking to shift within the next couple of years.

We would choose an electric scooter over an e-bike if you are wanting to do short commutes with no difficult terrain, you don't know how to ride a bike and you are on a low budget.

It's best to stretch your budget and go for an e-bike however if you want a kind of transport which is more durable and easy to take anywhere, if you are worried about size, you could always go for a folding e-bike which will be more commuter-friendly.

Where Can I Use An Electric Scooter?

Right now in the UK, you can legally ride an e-scooter if it's on private property, you can also buy one legally with no issues. You cannot take them out on public roads, however.

Countries, where it is legal to ride your electric scooter out and about, are places such as Germany or France, however, even then laws are in place to control the speed (such as France which have a 13mph limit) and road use.

Will The Law Change Soon In The UK?

So you might be wondering if the rest of Europe is making e-scooters legal, when will the UK? Well, the UK is already putting trials and regulations in place to test e-scooters, with talks of them being legal if you hire them from a licensed company and use them.

These hired scooters are legal because they have engine limits and speed limits in place, meaning you would not be able to go faster than 15.5mph on them. It is still very illegal however to use your private e-scooters on roads.

Safety Tips For Riding An E-Scooter

Now we known when it will be legal to ride an electric scooter, we have listed out some safety tips for you to consider for when you get the chance to ride one, as you will need to be focused and alert when riding a scooter as there is a higher chance of injury due to factors such as uneven terrain.

What makes an e-scooter different from an e-bike?

An e-scooter requires you to stand, not sit, it also doesn't need you to pedal as the motor on the scooter will move you along with no user effort.

How much does an electric scooter cost?

Depending on the model and brand you buy an electric scooter could cost you around £250-£500 and above.

Are electric scooters good for long-distance?

No, when compared to an e-bike, an electric scooter is not great for long-distance. They are great for minimising small commute times which would take longer by walking.

To conclude, electric scooters are likely to be legal in the UK very soon but will follow similar regulations to electric bikes, such as having a motor power limit and speed cut-off at 15.5mph. It is legal to hire an electric scooter in the UK at the moment, but you can only use one of your own on private land.

We would always recommend going for an electric bike over an e-scooter if you want a transport that is safer, sturdier and better suited to long-distance riding.