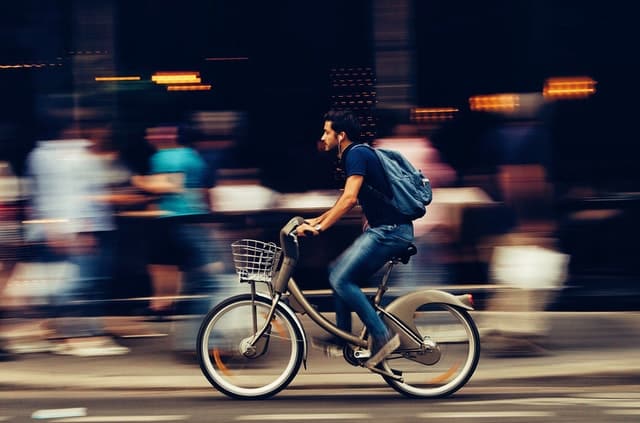 A maximum speed cap comes standard on all electric bicycle models. It guarantees that the bike does not travel any faster than the speed limit. On the other hand, many people think it's not enough because the engine will cut off by itself when the bike reaches its maximum capacity. As a result, this section of the article will demonstrate how to disable the speed limits on an electric bike.

After completing one of the following three steps, the speed limit on your electric bike will be removed, allowing you to use it powerfully. The three options are the hand approach, disconnecting the sensor wiring, and utilizing the tools included with the bike. You can ride at any pace when driving off-road, in the mountains, or on your land.

Every city and even country has speed regulations for electric bikes. For instance, the United States of America has set the maximum permissible speed limit for electric bikes at 20 miles per hour. The law required the limiters to be placed by the manufacturers. Because of this change, riding electric bikes is now permitted and in compliance with the law.

Therefore, before learning to turn off the speed limit on an electric bike, you need to consider the following information:

Electric bikes' excessive top speeds are the root cause of thousands of bike accidents and injuries. Therefore, before you go ahead and decide to turn off the speed limit on your electric bike, consider it seriously. Because when your pace increases, you run the risk of experiencing these consequences as well.

Moreover, you should read our previous article about how fast a 500-watt electric bike can go.

What are the different methods to remove the speed limiter of an electric bike?

In this part, we will walk you through the steps necessary to remove the speed limit installed on electric bikes. To remove the limitation, three different approaches may be taken. That is what:

Remember that you are the only one who can be held accountable for any problems that may arise due to deleting the maximum speed limits. Let's not waste any more time and get right into the processes, shall we?

Method #1: The conventional and handy method

Every company that makes electric bikes wants to maintain their position as a competitive player in the rapidly expanding e-bike market. They invest time and resources into developing new electric bike designs to differentiate themselves from competitors.

As a consequence, many models of electric bikes incorporate various systems, each of which has its own set of advantages. To manually disable the speed limits on an electric bike, the electric bike in question has to possess certain characteristics.

Let's start by looking at how the speed limitation mechanism on an electric bike operates before we move on to see how the hand approach is employed.

The working mechanism of the speed limiter in an electric bike

The speed of an electric bike may be determined using an electric sensor that is incorporated right into the bike itself. As soon as the sensor determines how fast the rider is going, it sends that information to the electric central controller of the e-bike.

The information supplied by the sensor will be analyzed by the central controller of the electric bike, which will then determine the amount of maximum electric assistance the e-bike requires.

For example, suppose an electric bicycle capable of reaching a peak speed of 20 miles per hour is travelling at 15 miles per hour. In that case, the electric central controller will allow for the necessary additional electrical assistance.

Consequently, the electric bike will be able to gather up speed until it reaches a maximum of 20 miles per hour.

If the user of an electric bike attempts to go faster than the bike's maximum speed, the electric central controller will respond by shutting off the motor of the e-bike.

As a direct consequence of this, the electric bike cannot use any more electrical help to go at a quicker rate.

How does this method work?

The hand method technique is used to fundamentally modify the data regarding the speed of the e-bike that is picked up by the sensor and sent to the central controller. This is accomplished by using this convenient method.

After incorrect information regarding the electric bike's maximum speed has been identified and communicated to the central controller, the latter is no longer prompted to respond by turning off the motor in the vehicle.

It is necessary to edit the following to affect the data that was gathered by the sensor:

1. Removal magnet position in the rear wheel of the electric bike

In addition, a neodymium magnet can be used in its place as an alternative to the magnet that was originally installed. This magnet is far more powerful than the magnet that comes stock in the back wheel of an electric bike.

2. Adjusting the frame base sensor in the frame of the electric bike

After the frame's base sensor has been detached, it must be relocated and reattached in the opposite orientation. It needs to be mounted to face the relocated magnet on the e-bike.

This will create a greater distance between the sensor on the electric bike and the magnet. As a direct result, the sensor will get fewer signals; consequently, the e-bike's speed will not be reliably identified.

As a consequence, updated information will be sent to the central controller of the electric bicycle, and the bike motor will continue to supply the bicycle with electrical support.

Disconnecting the e-bike speed limiter wire that connects the built-in sensor to the remainder of the system is the second way to remove the speed restriction from an electric bike.

Due to the complexity of the second approach, the first way (manual) is often the one that is used by the majority of electric bike owners.

To carry out this procedure, you will need to cut the connective cabling between the sensor and the electric central controller.

To assist riders in getting the most out of their electric bicycles, various firms have developed and produced specialized tool kits for electric bicycles. These kits are intended to circumvent the electronic speed limiter installed on the e-bike.

The basic concept behind this approach is quite similar to that which underpins the hand method.

Modifying the data detected by the electric bike's speed rate sensor is required to deceive the central controller into permitting extra electrical assistance.

On the other hand, this procedure is far more technical than the one done by hand. Two different electric bike tool kit types can be purchased on the market to disable the speed limits on an electric bike:

Electric circuit disassembly of the electric bike is necessary to use the type one tool kit, which is often included with the e-system bikes when it is first introduced.

One of the benefits of utilizing this tool kit is that the disassembly is not irreversible, and the kit itself may be disabled with relative ease.

The electronic bike's keypad lighting system they have a straightforward switch that can turn the system on or off. The electric bike's systems can be reset to normal functioning once the switch is turned off.

This e-bike kit of tools is one of the more straightforward ones to use and includes a comprehensive instruction booklet. It does not need to take apart the electrical circuit in any way.

Instead, one must connect the electric bike tool kit to the primary speed sensor located on the e-bike.

Moreover, you can also watch the youtube video that I found during my research. If you are someone who can learn more quickly from visuals, this video is worth it.

It can sound thrilling to remove the speed limit on an electric bike so you can ride at faster speeds, but doing so is against the law and can be deadly. Therefore, riders must stay within the parameters set for their electric bikes.

However, if the rider of electric bike desires to go at faster speeds, they should do their best in areas where the speed limits are not as strictly enforced.

In addition to that, they need to get an electric bike that is built to be able to handle higher speeds.

Moreover, you should also read our article about how fast can ebikes go.